Being able to communicate with others is crucially important, and is something Hiba Al-Shami has never taken for granted. Hiba was diagnosed with a hearing impairment when she was five-years-old. Today, she’s the creator of a mobile application called No Deafference, which makes it easier for those with and without a hearing impairment to speak back and forth.

Hiba grew up in Burj Barajneh, a refugee camp in southern Beirut, Lebanon. Though originally from Palestine, she is the third generation of her family to live in the camp.

Receiving surgery for her hearing condition, Hiba soon went from being a shy and introverted child to someone much more social. But it was not until she reached adulthood that she considered how her personal experience and skills could help others with hearing impairments.

Hiba joined DOT Lebanon’s online Digital and Media Literacy training in 2020. A first-year computer engineering student at the time, Hiba says the program helped her recognize how technology could be a tool to “transform a problem into a new solution.”

Through DOT’s training, Hiba started working on No Deafference, an idea she had conceived the previous year. “The main aim of the app is to empower [people who have a hearing impairment] to feel more independent and self-sufficient,” she explains.

Hiba is now designing and writing the code for No Deafference. The app will use a person’s smartphone camera to record them speaking sign language and transcribe the gestures into spoken English. The same will be true in reverse—a user speaking English can record their message and the app will generate a sign language version. 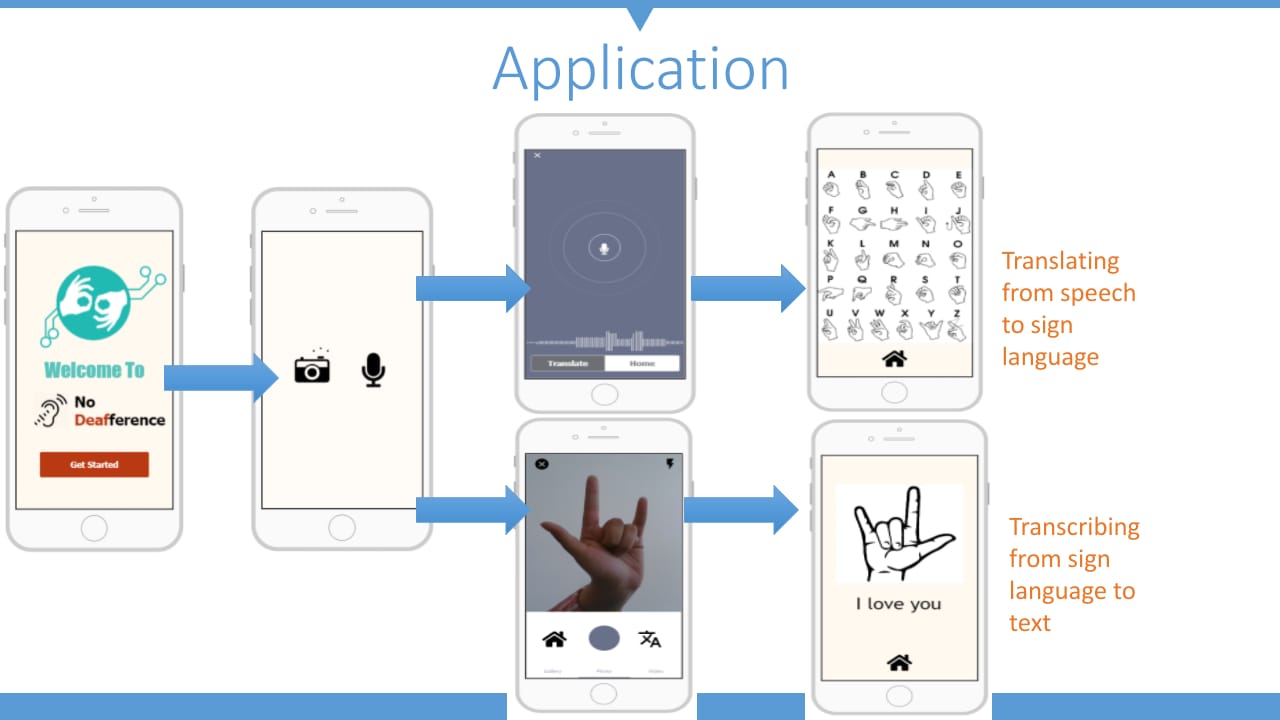 Tools like this are sophisticated, and Hiba is the first to admit that she would benefit from working with other computer or software engineers. For now, while funding remains a barrier, Hiba continues to write custom datasets as she gradually builds her programming skills through her computer engineering degree. She also hopes DOT Lebanon will be able to offer a mobile application development training course in the future!

Next steps for No Deafference

As well as sparking her passion for community change, Hiba says DOT Lebanon’s training encouraged her to think strategically about No Deafference.

“The Business Model Canvas introduced me to thinking about the business part more,” she expands. “When doing a project you can get very excited and ambitious and it can be easy to think only about helping other people and not the business details.”

As a result, Hiba has considered reaching out to telecom companies in Lebanon to see if they could support her in marketing the app. She also plans to form partnerships with doctors and NGOs who could help reach new users.

To make those connections, Hiba will likely utilize some of the public speaking skills covered in DOT Lebanon’s training. “[The training] helped my self-confidence because I had to talk to people from different regions, especially since it was online so the group was more diverse,” Hiba explains.

Though No Deafference is Hiba’s current project, she is also passionate about music and education as a powerful tool to help people—especially refugees—build a better life for themselves.

“As a refugee who is living among people who are really suffering, I know how it feels to be educated, to get money, and to work,” says Hiba, referencing her university scholarship and the funds she saved while tutoring students. With the right motivation and support, there is no doubt that Hiba will continue leading change in Burj Barajneh and beyond.

Do you have the characteristics
of a social entrepreneur?
Join #DOTYouth to build your social
innovation skill-set.