﻿ Social Initiatives at the service of visually impaired people.

Despite living in a world where the ease of access to technology and innovation is steadily increasing, there are still a large number of crippling obstacles. Luckily, there are #DOTYouth who are daring innovators in their communities, working to implement digital practices and initiatives for better inclusion of sightless patients in society! 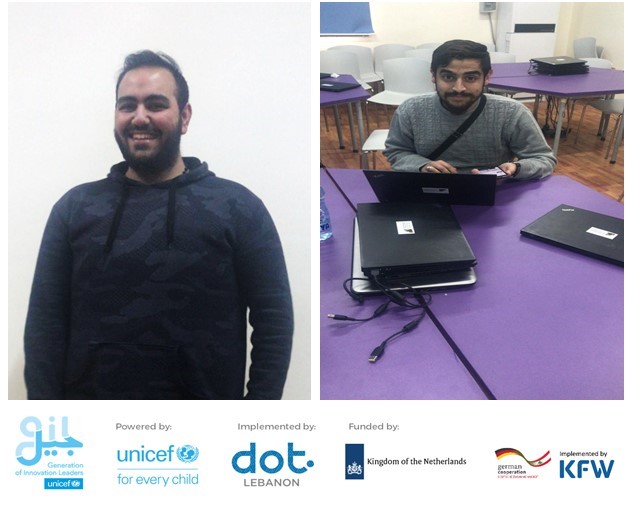 An estimated 1.3 billion people worldwide suffer from a type of vision impairment. according to the World Health Organization, and 36 million are blind.

Visually impaired people are typically exposed to several challenges, including:

In Lebanon, more than 17,000 people suffer from blindness. Much like the rest of the world,  there is a lack of social and legislative support for people with disabilities. DOT Lebanon, through the Generation of Innovation Leaders (GIL) by Unicef, is providing advanced digital workshops aiming to fix this and increase socially-responsible innovations in Lebanon.

““It was a very exciting training experience because we learned quite a lot and received tons of information in a short time,” says Ali. “The sessions were very informative!””

A recent Mobile Application Development training was facilitated in the Bekaa area, where we met Ali, an information management student aiming to improve his knowledge in the digital and technology fields. Ali is hoping to build a career path while helping his community. He recognizes the need for resources for visually impaired people and is working to come up with the answer.

Thanks to the new skills he acquired during the Mobile Application Development course, Ali and his friend Hussein.,  created Goolang, an app that assists visually impaired people by translating written text into other languages and reading them outloud in more than 99 languages including Spanish, French and German.

In addition to working on and developing Goolang, Ali plans to pursue his studies and get a Ph.D. in Computer Science.

This story is part of the Generation of Innovation Leaders (GIL) Program by UNICEF implemented by DOT Lebanon with the funding of the German and Deutsch embassies in Lebanon.

Do you have the characteristics
of a social entrepreneur?
Join #DOTYouth to build your social
innovation skill-set.